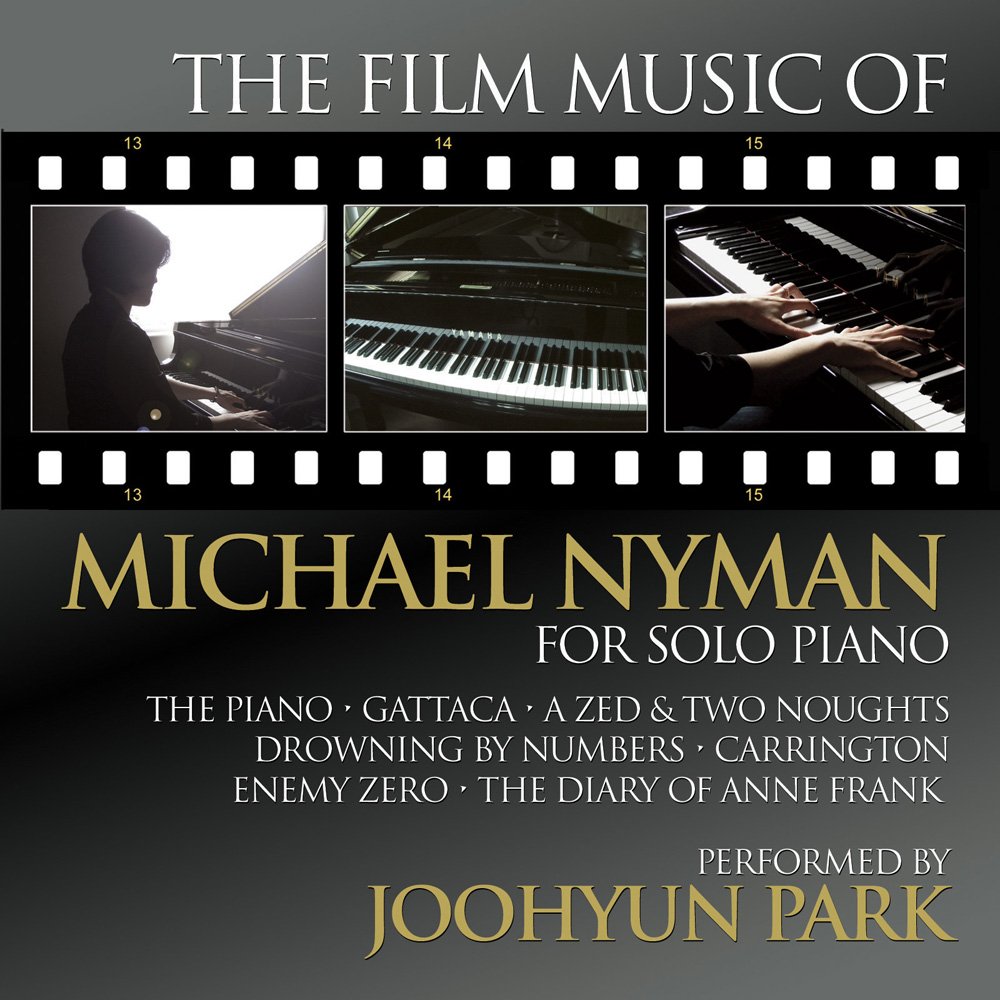 BuySoundtrax Records is proud to present THE FILM MUSIC OF MICHAEL NYMAN FOR SOLO PIANO featuring piano performances by Joohyun Park I started this piano album by concentrating solely on music from THE PIANO, said Park. All music of Michael Nyman has stunning, beautiful and dynamic melodies and it really began to capture my attention. I wanted to record more of Nyman s work after working on the pieces from THE PIANO.

Pianist Joohyun Park was born in Kwang-Ju, South Korea. She began studying music at age 6. Park received both a Bachelor s and Master s Degrees of Piano from Yon Sei Univeristy (Seoul, Korea) and a Bachelor s Degree of Contemporary Writing and Production from Boston s famed Berklee College of Music. She has worked as a score coordinator, pianist, orchestrator and assistant composer for movies including PRIEST, THE INFORMERS, DRAG ME TO HELL, CREATION, WHEN IN ROME, THE BLACK TULIP and LOVE HAPPENS. A frequent performer for BuySoundtrax, Joohyun also performed THE MUSIC OF BATTLESTAR GALACTICA FOR SOLO PIANO.

Though it was THE PIANO that launched Nyman in the US, his career had already been some three decades in the making by the release of the film that earned him a Golden Globe, and Ivor Novello, and BAFTA Award. Nyman studied at the Royal Academy of Music through the 1960s and, as a music critic, is credited with coining the musical term minimalism. In the mid 1970s he began scoring films, most notably for director Peter Greenaway on films including THE COOK, THE THIEF, HIS WIFE AND HER LOVER, DROWNING BY NUMBERS, and THE DRAUGHTSMAN'S CONTRACT. Nyman s film credits also include THE LIBERTINE, THE END OF THE AFFAIR, THE DIARY OF ANNE FRANK, CARRINGTON and GATTACA.

Jeff Bond describes (in the album s liner notes), Nyman s trademark as a composer may be the way he derives deep emotions from an essentially minimalist style. His scores can be lushly orchestrated or paired down to solo instrumentation, but his music often plays as portraits in miniature that reveal constrained, expressive feeling longing bursting beneath the surfaces of the characters he writes for.

Minimalism is emphasizing musical ideas by repetition with the very basic and little materials, explained Park. Nyman is a minimal music composer and pianist with great passion. It was a challenge to express minimal music that was written by the person who invented the term, but his great music also gave my passion great momentum. I am honored to produce a piano album of this great musician s work.

UFC 266: Volkanovski vs Ortega official as they hit their marks

Video: Martin Nguyen Talks ONE: Revolution, Training At Sanford MMA, Road Back To The Title And More